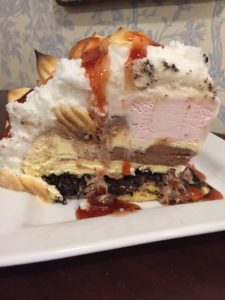 For the Ice Cream Cake:

Remove the wrap and spread the chocolate crumbs layer on top. Cut the pound cake into 1/2-inch-thick slices; completely cover the ice cream with the slices, trimming as needed (you’ll use about two-thirds of the cake). Cover with fresh plastic wrap and freeze until firm, at least 2 hours or up to 2 days.

Make the meringue: Whip the egg whites and cream of tartar in a large bowl with a mixer on medium-high speed until foamy, about 2 minutes. Gradually beat in the sugar on high speed until the whites are glossy and hold stiff peaks.

Remove the top layer of plastic wrap, than invert the cake onto a parchment-lined baking sheet. (If necessary, let the cake stand overturned until it slips out.) Remove the rest of the plastic wrap and cover the ice cream completely with the meringue, making the dome-shaped top slightly thicker than the sides. Form swirly peaks in the meringue using the back of a spoon. Freeze for at least 3 more hours.

Preheat the oven to 500 degrees. Bake the cake until the meringue peaks are golden, about 4 minutes, or brown the meringue with a blowtorch. Let the cake soften at room temperature for 5 to 10 minutes before slicing. Freeze any leftovers. 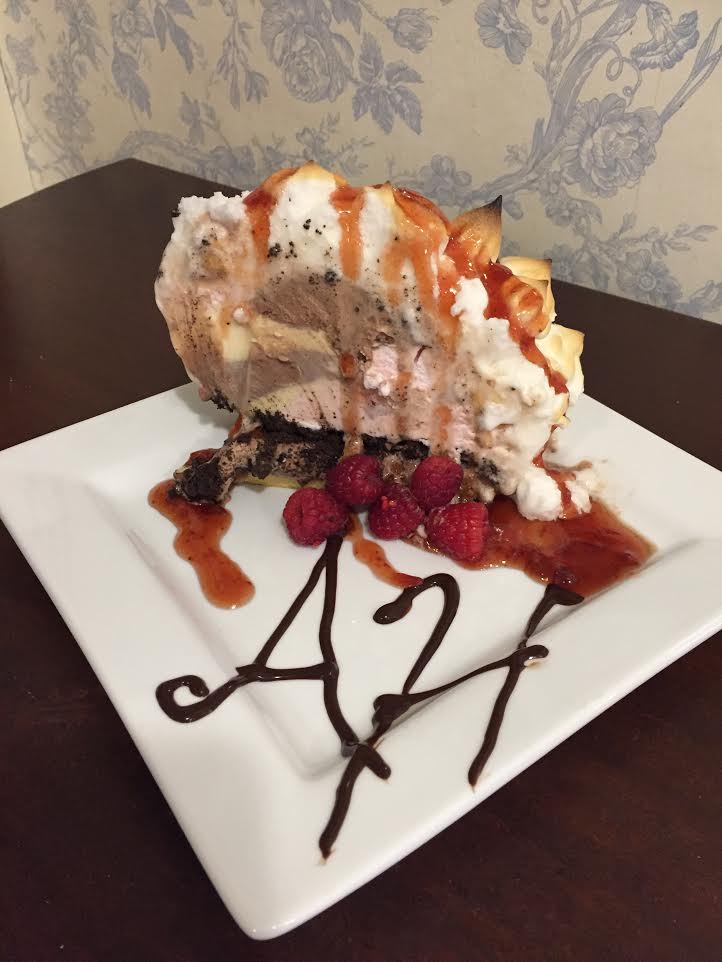 Why is Arnold House the best and most exceptional nursing home?

“The nursing staff at Arnold House is exceptional. They make sure everyone is in good health and they take the time to give each resident lots of personal attention. It’s a great feeling knowing you don’t have to worry about your loved one when they’re at Arnold House Nursing Home.”

This website uses cookies to improve your experience while you navigate through the website. Out of these, the cookies that are categorized as necessary are stored on your browser as they are essential for the working of basic functionalities of the website. We also use third-party cookies that help us analyze and understand how you use this website. These cookies will be stored in your browser only with your consent. You also have the option to opt-out of these cookies. But opting out of some of these cookies may affect your browsing experience.
Necessary Always Enabled
Necessary cookies are absolutely essential for the website to function properly. These cookies ensure basic functionalities and security features of the website, anonymously.
Functional
Functional cookies help to perform certain functionalities like sharing the content of the website on social media platforms, collect feedbacks, and other third-party features.
Performance
Performance cookies are used to understand and analyze the key performance indexes of the website which helps in delivering a better user experience for the visitors.
Analytics
Analytical cookies are used to understand how visitors interact with the website. These cookies help provide information on metrics the number of visitors, bounce rate, traffic source, etc.
Advertisement
Advertisement cookies are used to provide visitors with relevant ads and marketing campaigns. These cookies track visitors across websites and collect information to provide customized ads.
Others
Other uncategorized cookies are those that are being analyzed and have not been classified into a category as yet.
SAVE & ACCEPT